Join us for an informal talk and performance by award-winning Platinum Recording Artist, songwriter, & multiinstrumentalist Linda McRae. Know for her work with a variety of musical outfits, including Spirit of the West, McRae writes, sings and performs on guitar, banjo, and accordian.

Ms. McRae will discuss arts advocacy, including her work as a healing workshop facilitator in schools, correctional facilities, detox centres, and women’s shelters throughout North America. Later in the week, Linda will also lead healing songwriting workshops with clients of the Bissell Centre and the Women’s Emergency Accommodation Centre, and perform at the annual Women of Folkways Concert.

This event is free and open to the public – all are welcome! 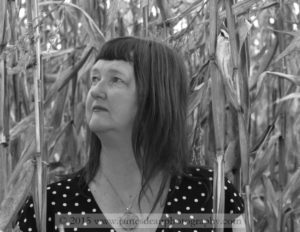