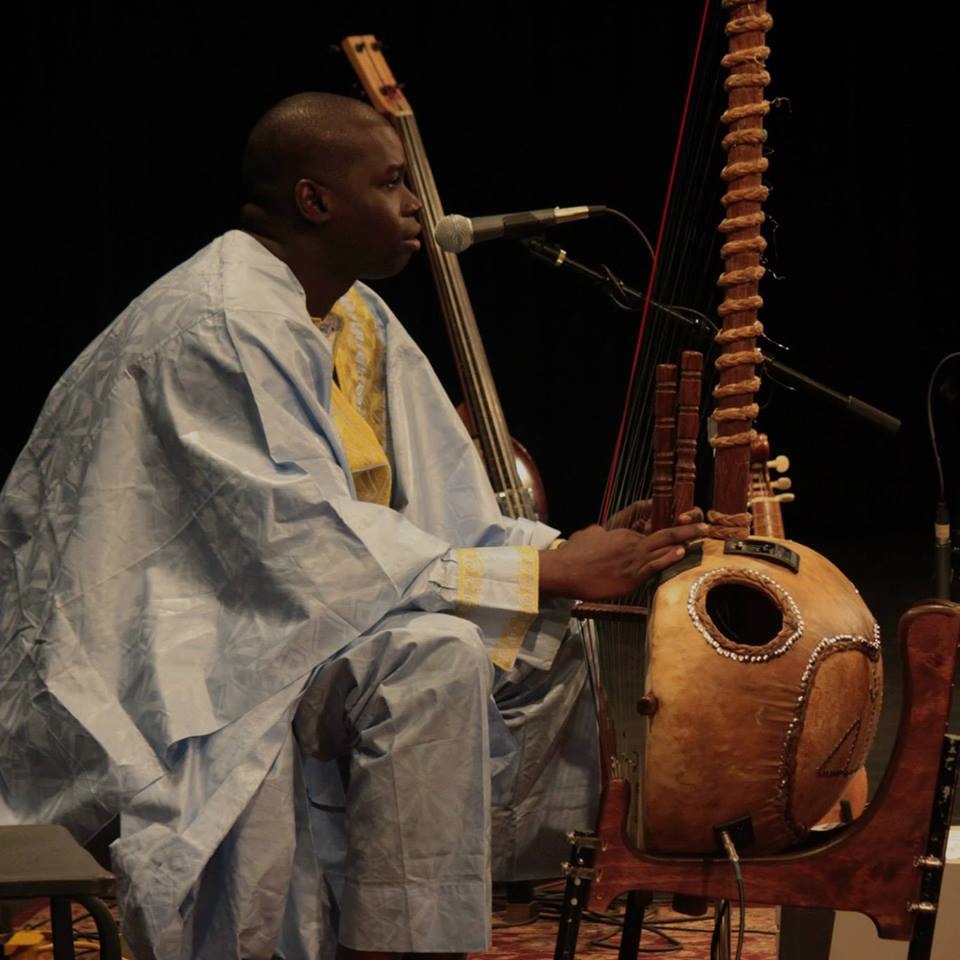 Born in Senegal, West Africa, Amadou Fall comes from a family of musicians. His father, Mamadou Fall played guitar with several well-known Senegalese musicians including Baba Maal.Amadou brought the Kora to his family at the age of 10. Best described as the African Harp, the Kora is a 21-stringed instrument made of fishing line, wood, Calabash (Gourd) and cow skin.

While visiting with the Griots (West African story tellers and keepers of tradition) in a neighbouring city, the young Amadou was taught how to play a few songs on the Kora. He fell deeply in love with the instrument, returned to his own city and built himself one from scratch. He started his new journey of mastering the art of the Kora from the little he had learned–the rest has been self-taught.

20 years on now, Amadou has performed with artists such as Baba Maal, Fatou Lowbe, Ibrahim Ba, Djembe Rhythm and Irene Tassambendo and many more. He has toured extensively on the African continent and has also been sought out to play in Europe, UK and USA. Amadou has recorded on several albums for music artists from around the globe.

Amadou Fall currently resides in California where he hopes to bring people from all walks of life together in peace with music from Africa.