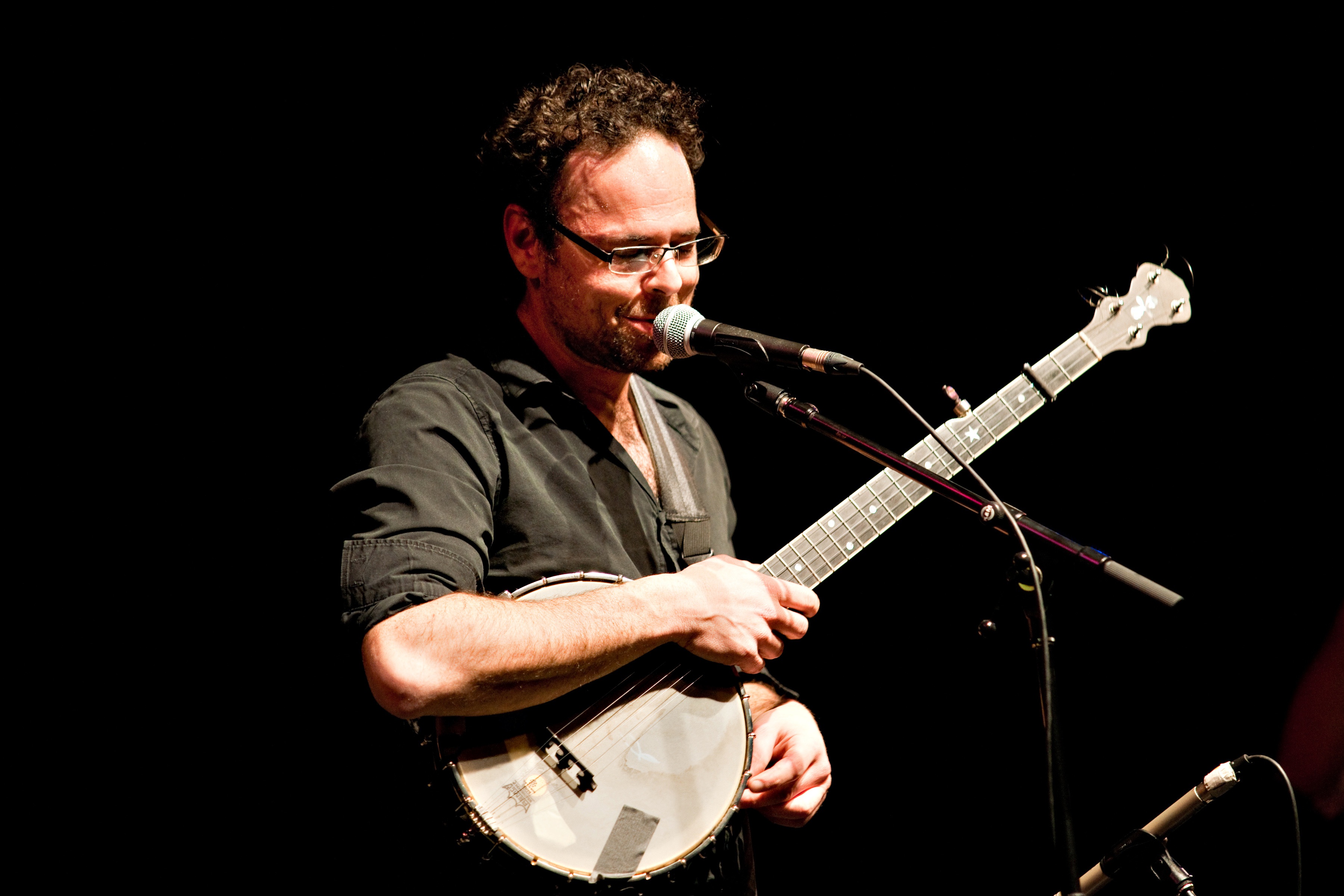 Known for his charisma and giant smile, Leonard Podolak is no slouch on his instrument, the 5-String, open back clawhammer banjo, the instrument he learned from his father. In the cradle of the Winnipeg Folk Festival, Leonard was exposed to all forms of acoustic music. The styles he took to most seemed to incorporate a fiddle: Irish, Scottish, Cape Breton, Quebecois, Cajun, Zydeco, Old-Time Appalachian, or Bluegrass music, any of those would make his body move. Somehow moved him through high school.

When Scruj MacDuhk broke up in 2001, Leonard formed The Duhks and as luck would have it, it took. The Duhks received a Juno Nomination for their first CD, won a Juno for their second recording, and won a Grammy for their part in a Stephen Foster Compilation, all the while becoming darlings of the US acoustic music scene. The Duhks have taken many twists and turns, taking time off, and now touring again with a new re-energized line-up.

In time away from The Duhks, Leonard co-founded the quartette Dry Bones, with Nathan Rogers, JD Edwards and Gilles Fournier. He also tours the UK once a year with fiddler and clogger, Matt Gordon.

His time in England can be traced to The Shrewsbury Folk Festival and a collaborative project called, The Cecil Sharp Project.www.cecilsharpproject.com

Leonard plays old time music on the banjo, but with so many influences in his playing. All the afore mentioned styles and beyond. He clogs, hambones, sings, tells stories and nurtures a great time in whatever room (or field) he is trying to entertain.

Leonard knows how to connect with crowds, wowing them with his chops, or with his goofiness, and breaking down whatever wall may have existed.

He loves to perform, and he loves to share his art.